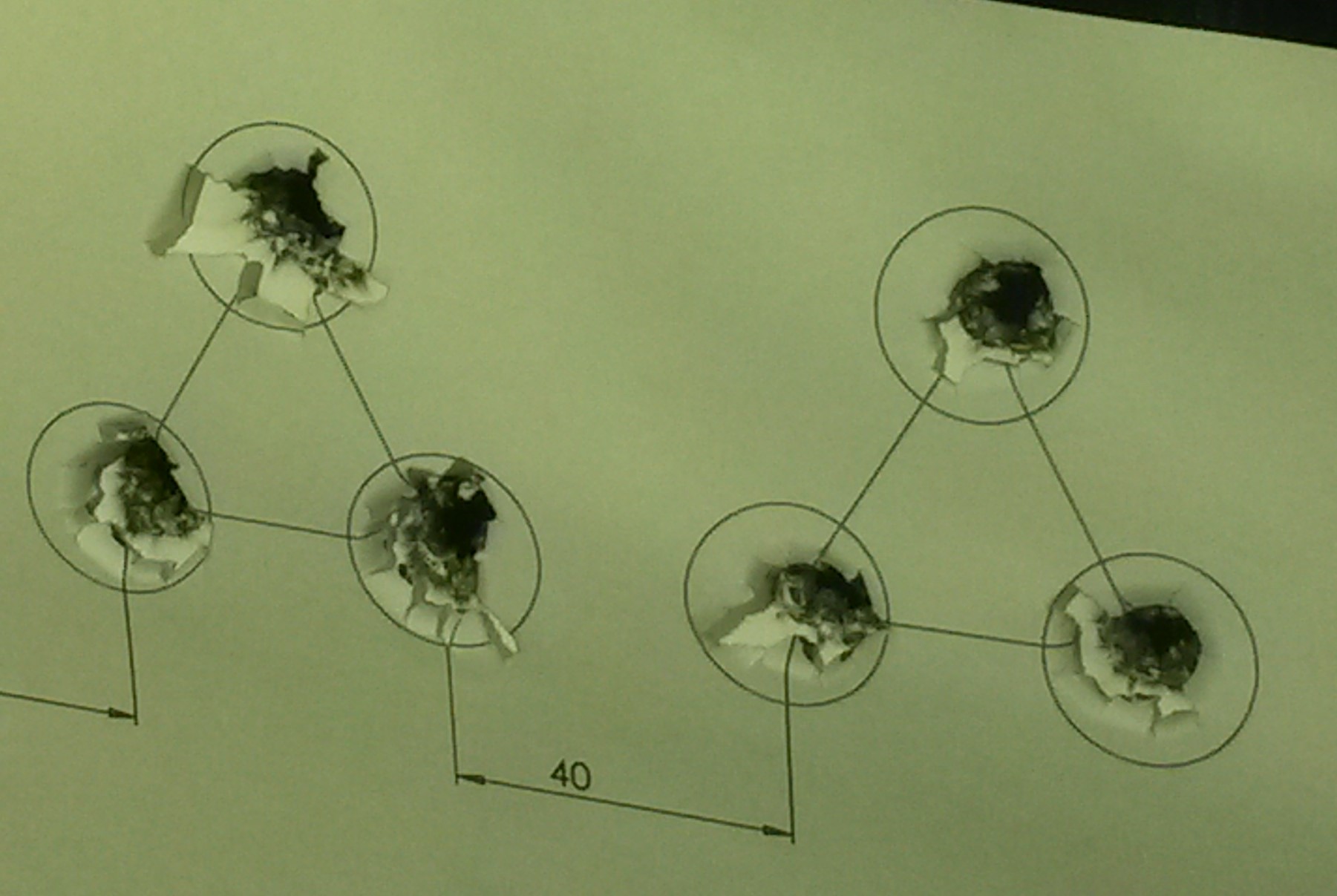 To meet the Temporal Multi Hit (TMH) ballistic test methodology for ceramic armour, Radnor Range has designed and developed two Burst Fire Weapon Systems (BFWS). Our 3-barreled systems can be aimed and adjusted for single shot, dual shot or triangular shot patterns. Both systems are designed to offer a cyclic rate of fire similar to a machine gun (typically 550-650 rounds per minute) and the control system can be adjusted in increments of 5-10ms from a delay of 0 to ∞ seconds.

The BFWS may also be used for Insensitive Munition (IM) testing. The Bullet Impact, Munition Test Procedure (STANAG 4241) is a standard test procedure for assessing the reaction, if any, to an impact from a three-round burst of M2 0.50” AP projectiles or the 20mm AP. Or the alternative test procedure for assessing the impact of one or two rounds, depending on the threat assessment. The all-up round test item is aligned and attacked on its longest axis horizontal on a suitable stand. The test requires a 5cm circle, a range of 20-30m to assure bullet stabilisation, an impact velocity of 850 ± 20 m/s and a rate of fire equivalent to 600 ± rounds per min. Three tests may be performed depending on the test round.

Radnor remains open and will continue to operate the testing facilities in line with COVID-Secure procedures throughout the English lockdown period announced on January 4th 2021.

Please do not hesitate to contact us should you require any further information or assistance with your existing booking or to make a new one.